Home»Reviews»I LOVE THE BONES OF YOU 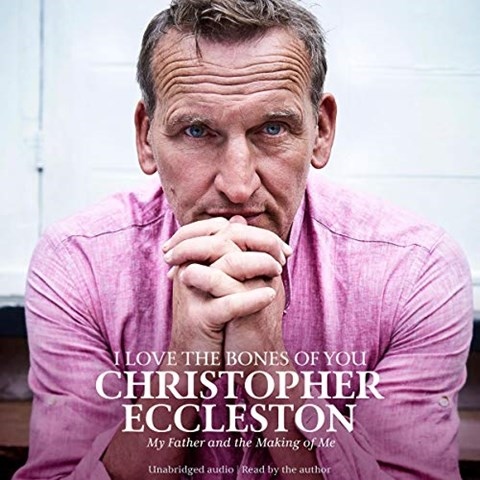 With his distinctive northern England accent, Christopher Eccleston shares the story of his complicated relationship with his father, his path to becoming an actor, and dealing with mental health challenges. It's far from a frothy Hollywood memoir. In what is more a reading than a performance, Eccleston is frank about everything from his working-class upbringing to his father's decline into dementia to his own struggles with anorexia and what he does and doesn't consider to be worthwhile acting work. Eccleston may be best known for his starring role in "Doctor Who," and fans will appreciate a couple of charming sections in which he reconstructs conversations he had with his two young children while watching the show together. J.M.D. © AudioFile 2020, Portland, Maine [Published: JANUARY 2020]