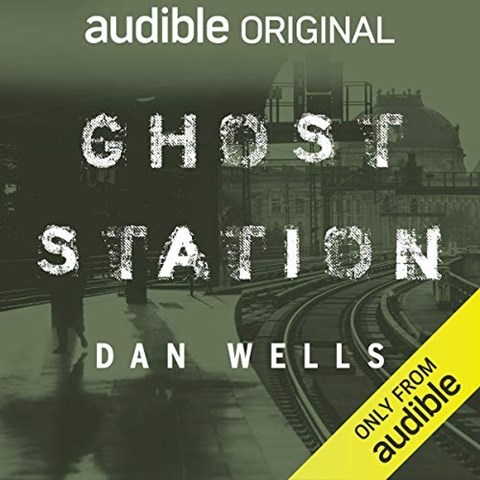 In a secretive, intimate tone, narrator Jonathan Davis involves listeners in this tense spy drama set in Berlin during the Cold War. Only months after the Wall goes up, CIA cryptographer Wallace Reed decodes a message from a double agent about a mole in The Cabin, a joint U.S.-West German listening station. Paranoia runs rampant as the Stasi in the East, composed mostly of former Nazis, and the Russian Communists begin aggressive moves toward sabotage. As Reed rides trains past unused "ghost stations" between East and West, Davis's tone creates the ambiance of a world fraught with danger and suspicion. He is convincing with accents, while his soft, whispery voice sounds as if he's always looking over his shoulder for possible informants. Fans of the genre won't be disappointed. S.J.H. © AudioFile 2020, Portland, Maine [Published: JANUARY 2020]