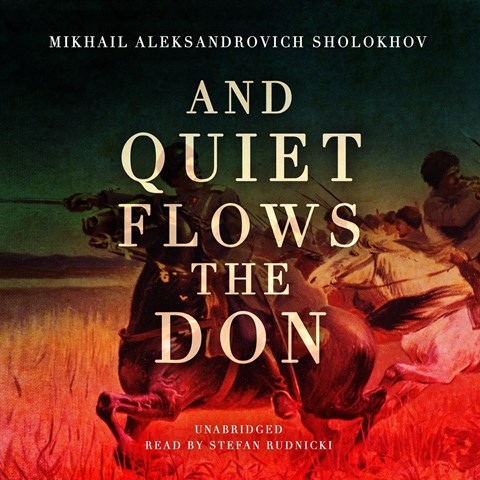 AND QUIET FLOWS THE DON

Stefan Rudnicki uses his rich and resonant timbre, commanding tone, and deep empathy to bring this 1928 masterwork of twentieth-century Russian literature to life. It is shortly before the First World War, and the Cossack peoples of the Don River Valley are raising crops, raising families, and sometimes raising Cain while waiting to be called forth to do what they do best--fight in the name of and for the glory of the Czar. Rudnicki captures the no-nonsense pride of a Cossack when one character announces to the old veterans and soon-to-be-widows that he'd prefer riding into battle against the Germans swinging a saber to carrying a lowly pistol. A tour de force of love, loss, and honor in pre-Revolutionary Russia. B.P. © AudioFile 2020, Portland, Maine [Published: JANUARY 2020]