Home»Reviews»MYCROFT AND SHERLOCK: THE EMPTY BIRDCAGE 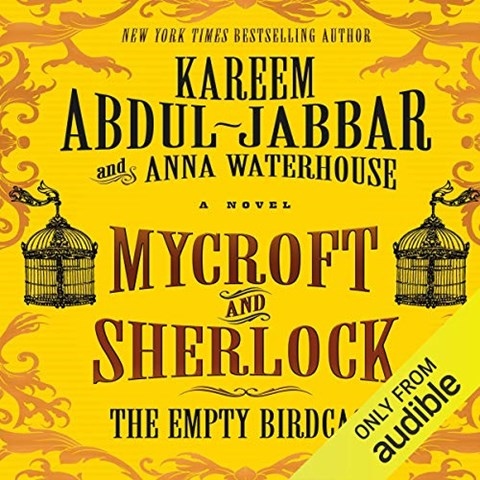 When you hear Damian Lynch narrate this third crime novel in the Mycroft and Sherlock series, you would think that a new, original manuscript had been unearthed. The story has a captivating plot, exotic trained animals, male bonding, and deduction through observation--all of which are the components of a Conan Doyle story. Lynch portrays a young Sherlock who is naïve, smart, earnest, and determined to be the world's best detective. As Mycroft, Lynch depicts a man who is intense, brilliant, and slightly condescending yet fraternal. His other voices are also well done, including the few female ones. His delivery of narrative is a little too rushed, but that may add to the suspense. This production presents a Victorian world filled with malicious criminals who are brought to justice by the two gentlemen with a knack for detecting. D.L.G. © AudioFile 2019, Portland, Maine [Published: NOVEMBER 2019]