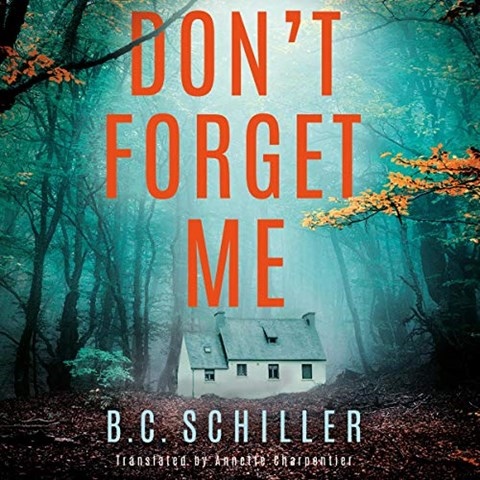 Nicola Barber's narration will make listeners feel like they're bicycling around Vienna throughout the seasons. After five years, psychiatrist Olivia Hofmann is still reeling from the disappearance of her husband and young daughter. Also five years earlier, teenager Lisa Manz mysteriously vanished. Hofmann continues to see patients and to seek justice for Lisa, whose uncaring parents ignore the tragedy. Hofmann's grief is palpable. but her determination is even greater. The danger escalates after she requests the help of Levi Kant, the former investigator of Lisa's case. Kant is Barber's best creation as he deftly uses his wits and overcomes numerous obstacles, leading him and Hofmann to uncover an unexpected perpetrator. The surprises are nonstop. S.G.B. © AudioFile 2020, Portland, Maine [Published: AUGUST 2020]