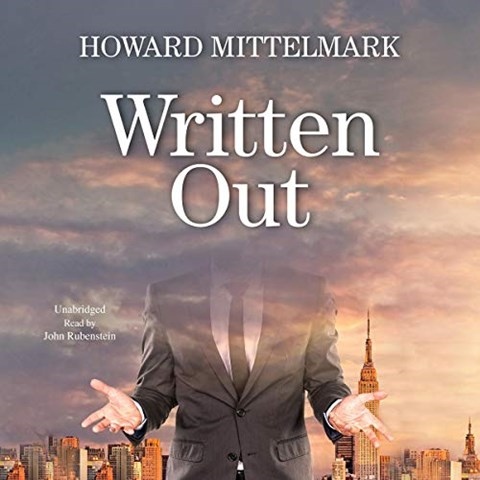 When an audiobook makes you laugh out loud repeatedly, you know that the book and the narrator, here John Rubinstein, are exceptional. This dark comedy focuses on moderately successful editor/writer Roger Olivetti, whose marriage to a successful writer is on the rocks because of his own poor decisions. As a result, Roger goes to extremes to try to improve his plight and reunite with his wife, who has fallen under the spell of an actor known primarily for his endowment. Rubinstein captures every nuance of Roger's torments and is especially effective when Roger takes on criminal tasks. Through moments of levity, incredulity, and fear, Rubinstein captures every emotion. His most memorable scenes involve Roger's wife's new lover and the mob characters Roger must face. D.J.S. Winner of AudioFile Earphones Award © AudioFile 2020, Portland, Maine [Published: MARCH 2020]