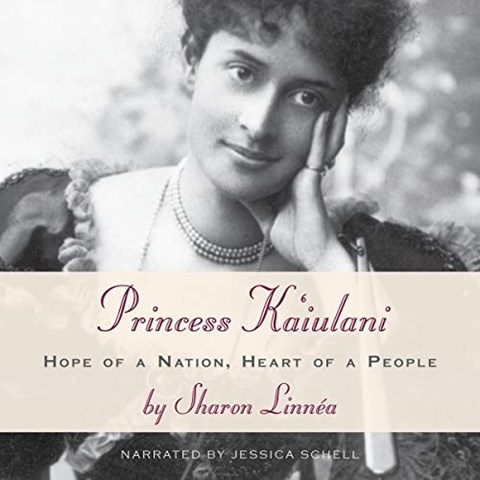 PRINCESS KA'IULANI Hope of a Nation, Heart of a People

This biography of the last Hawaiian princess, narrated by Jessica Schell, tells the poignant story of Princess Ka'iulani's short life. Though she was only a teenager during the political upheaval that ultimately forced the sovereign nation of Hawaii to be annexed by the United States, Ka'iulani was an advocate for her homeland, even when exiled in Europe. Schell's narration is frequently breathy and excited, despite the gravity of the text. She excels in giving each person a unique voice but disregards textual indications of their nationalities. However, she expertly pronounces the many multisyllabic names of Hawaiian royalty. A few interesting pronunciation choices for dates may disrupt the flow of the story. Overall, this is an engaging production. A.L.S.M. © AudioFile 2019, Portland, Maine [Published: DECEMBER 2019]