Home»Reviews»THE CAPTAIN AND THE GLORY 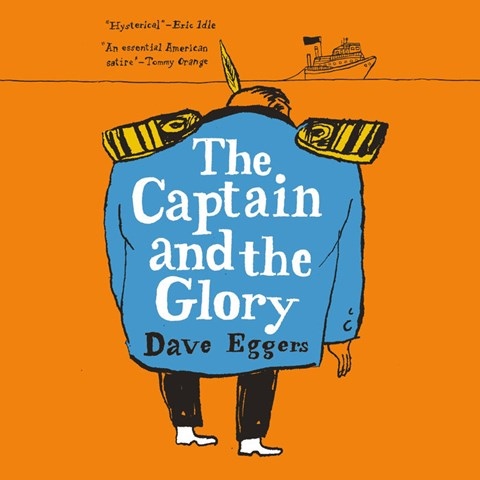 THE CAPTAIN AND THE GLORY An Entertainment

Narrator and humorist John Hodgman brings an arched eyebrow to much of his delivery of this "entertainment" from renowned novelist Eggers. His wicked send-up of Trumpworld follows the downward trajectory of an ill-equipped ship's captain and his hapless crew. Hodgman brings the comic timing of stand-up to the madness and corruption of the less-seaworthy-by-the-minute vessel. The Captain, barely disguised as the current Commander in Chief, flails in his leadership role in such a way that even Hodgman can bring only a pained laugh to the listener's lips. Eggers draws on satirical styles from the past--Joseph Heller and Jonathan Swift come to mind--to create a ship of state only slightly less ridiculous than present-day reality. R.O. © AudioFile 2019, Portland, Maine [Published: DECEMBER 2019]