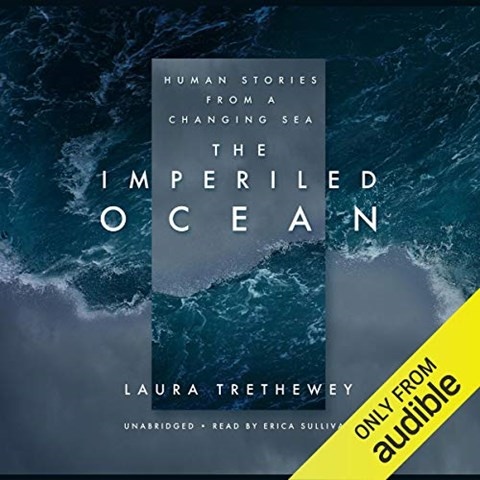 THE IMPERILED OCEAN Human Stories from a Changing Sea

Narrator Erica Sullivan's voice is understated as she calmly lists countries whose plastic has turned up in a "plastic sieve" along Canada's coastline. Elsewhere, emotion creeps into her voice as she describes a refugee's rough raft journey. Her narration adds impact to Laura Trethewey's "extended listening tour" of the world's oceans. Trethewey's tour takes listeners behind the official reports on a cruise ship death and to the Fraser River to investigate the decline of its sturgeon population. She also includes lighter stories, including one about an underwater film director. As a last bit of evidence of the connections that the sea provides, Trethewey tells listeners how she met her husband through studying sturgeon. J.A.S. © AudioFile 2020, Portland, Maine [Published: JANUARY 2020]