Home»Reviews»HERE IN THE REAL WORLD 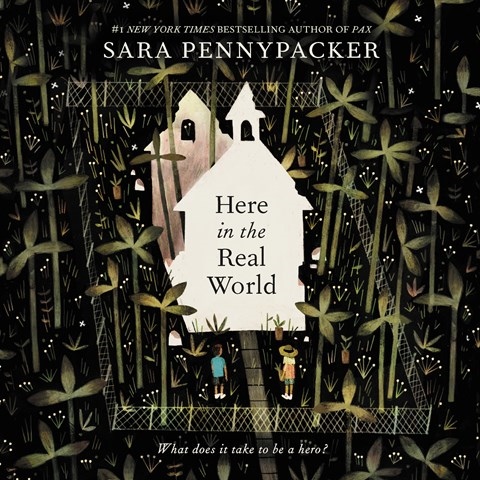 HERE IN THE REAL WORLD

Narrator Noah Galvin's dreamy tones depict the introversion of 11-year-old Ware, who enters medieval worlds more readily than he takes part in the "normal" life that surrounds him. Faced with a summer of attending a chaotic rec program, Ware discovers peace and quiet in a deserted church next door. It doesn't remain peaceful for long. He soon meets the cynical Jolene, a girl who has been hurt by the background she hides. Galvin captures the dynamic between the pair as artistic Ware's visions conflict with Jolene's accusations that his thinking is not of the real world but of "Magic Fairness Land." Gradually, tenderness grows between the two as they create a garden and a refuge for migrating birds, despite the threat of developers. The mix of graceful plot and deep feelings creates a good family listen. S.W. Winner of AudioFile Earphones Award © AudioFile 2020, Portland, Maine [Published: FEBRUARY 2020]