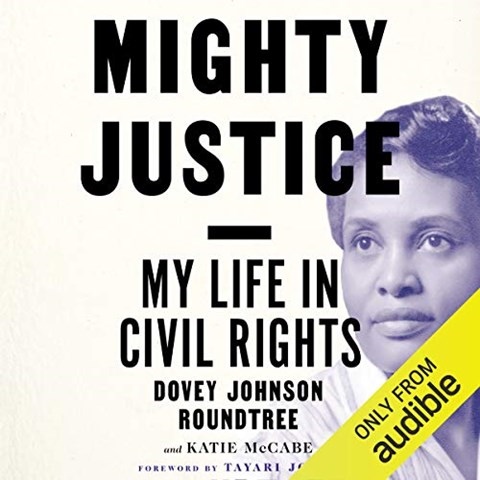 Celebrated narrator Bahni Turpin captures the ineffable mood and high timbre of early-twentieth-century recordings while voicing the life story of one of that century's greatest legal minds. Turpin speaks purposefully as civil rights lawyer Dovey Johnson Roundtree uniquely contemplates issues of race, gender, and American democracy. Her deliberate pacing works beautifully to portray Roundtree's deep intellect but is too slow for the audiobook's legal details. While Turpin is especially engaging when depicting Roundtree's many battles to end segregation in transportation, she fails to make Roundtree sound believably vulnerable despite the painful details she shares about surviving Jim Crow. Nonetheless, when Turpin recounts the diverse arguments flying through the Supreme Court, the listening is riveting. J.T. © AudioFile 2020, Portland, Maine [Published: MARCH 2020]