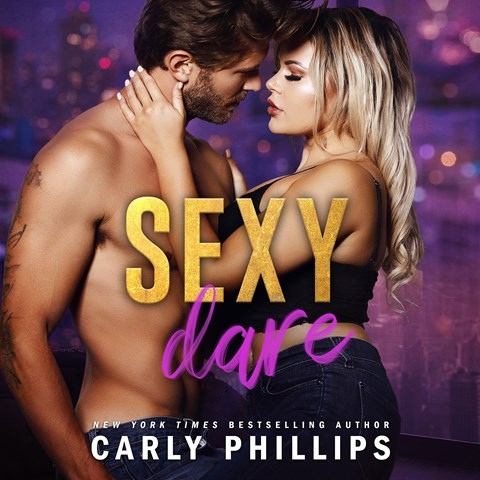 Narrator Angela Dawe has the listener feeling the instant attraction that ignites in nightclub owner Jason Dare when he stops to help Faith Lancaster with a slashed tire on her delivery van. And when it becomes apparent that Faith's drug-addicted brother is after her, Jason's protective instincts kick in. Dawe gives the brother an appropriately menacing, crazed tone. Jason suffered a tragedy in his past, and Dawe has the audience feeling his pain, along with Faith's, as he tells her what happened to him. Can Jason move beyond his past and share his life with Faith? The listener will be rooting for them both to find their happily ever after. S.B. © AudioFile 2020, Portland, Maine [Published: JANUARY 2020]