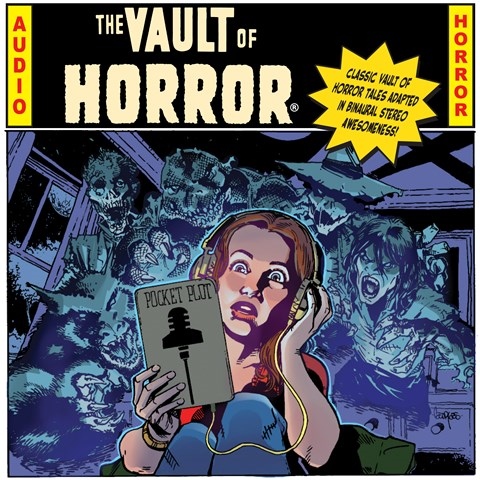 AudioComics' deliciously grisly full-cast recording captures the campy horror of EC Comics' 1950s stories, filled with werewolves, vampires, gravediggers, and other unsavory creatures. The perfectly selected cast features Phil Proctor, Denise Poirier, and an outstanding performance by Kevin Grevioux as the Vault Keeper, whose rumbling voice and wicked laugh nearly steals the show. A multilayered soundscape including creepy period music and carefully engineered sound effects (footsteps that advance ominously out of the darkness, screams that echo in an abandoned house) contributes to the unsettling atmosphere that marks each tale. This audio adaptation includes modern updates such as smartphones and Ubers, but the tone, voicing, and sound effects pay homage to the stories' roots, evoking the originals in every way. S.A.H. Winner of AudioFile Earphones Award © AudioFile 2020, Portland, Maine [Published: FEBRUARY 2020]