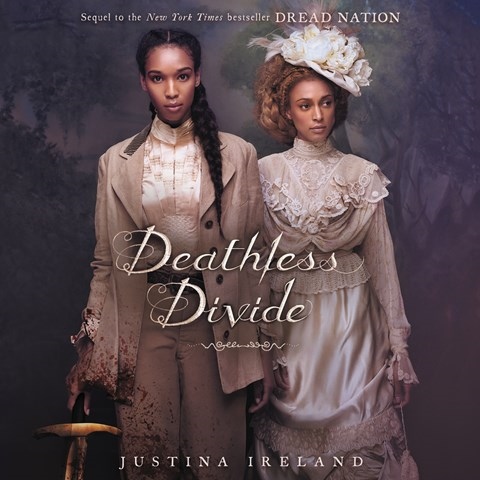 Two narrators portray the dynamic relationship of the heroines in this compelling sequel to DREAD NATION. In an alternate history, zombies risen from Civil War battlefields are turning folks into undead across the country. Alternating chapters reveal the viewpoints of two African-American characters, both trained assassins who struggle to find their true identities. Bahni Turpin gives an engaging performance of the gritty and sarcastic Jane McKeene. Turpin adds increasing emotion to her tone as Jane becomes bent on killing a man who is causing death and destruction. Jordan Cobb effects the more refined expression of genteel Katherine, reflecting perfectly her onset of caring and self-questioning after witnessing Jane's near death. Themes of human experimentation and prejudice take a back seat to the tense action in this gripping audio. S.W. Winner of AudioFile Earphones Award © AudioFile 2020, Portland, Maine [Published: FEBRUARY 2020]