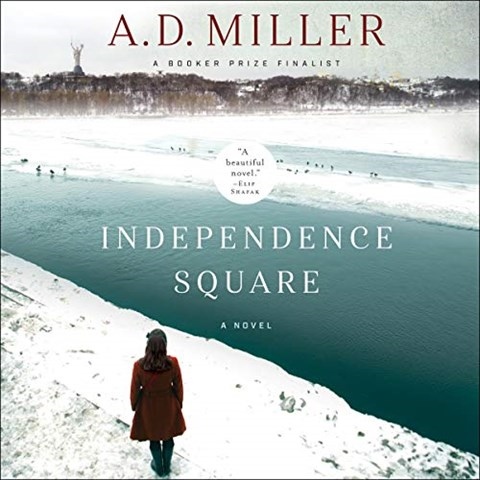 Listeners who enjoy complex espionage stories like those of le Carré will want to hear Tim Campbell narrate this taut political thriller. Former British diplomat Simon Davey's life was shattered during the protests in Independence Square in Kiev, Ukraine, in 2004. Campbell employs a clear, fast-paced delivery. He sounds American, but he creates other accents with ease. Notable among them is that of the cynical, corrupt oligarch who dispenses advice that is truly Machiavellian. Simon's story moves ahead 12 years to the moment when he sees the female Russian spy, Olaysa, in the London Tube. How should he treat the woman he holds responsible for his fall from grace? Listen and learn more about Ukrainian history. D.L.G. © AudioFile 2019, Portland, Maine [Published: DECEMBER 2019]