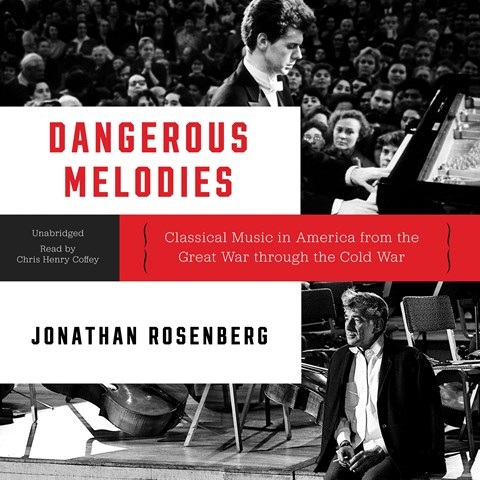 With a description of the ticker-tape parade to honor Van Cliburn's triumph at the first Tchaikovsky Music Competition in 1958 as an introduction, this audiobook looks at how music became a political instrument during the two World Wars and the Cold War. Narrator Chris Coffey's deep voice and soft tone are a wonderful vehicle to tell this history. We hear about how German compositions were removed from the repertoire during WWI. In addition, some German musicians were fired and a few even imprisoned. During WWII, German music was not the enemy, but Russian music was emphasized to strengthen the alliance with the Soviet Union. During the Cold War, music was used to show off one's own side and show up the other's. Coffey's steady pace and subtle expression work splendidly in this engaging work. M.T.F. © AudioFile 2020, Portland, Maine [Published: FEBRUARY 2020]