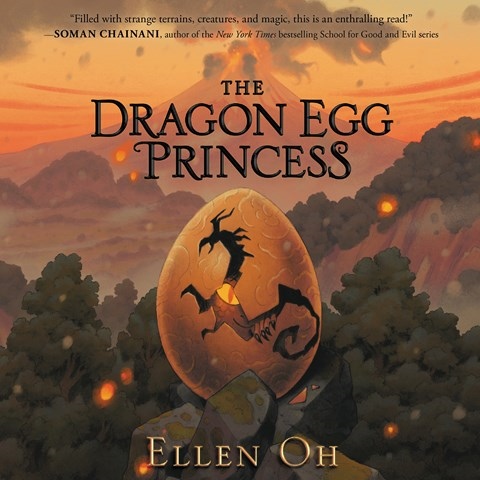 Amielynn Abellera's narration sometimes seems like a full-cast performance as she enacts the many characters in this middle-grade fantasy inspired by Korean folklore. Her voice is mild and unassuming as Jiho, a boy who comes from a long line of protectors of a magical wood who clearly doesn't understand his power. Princess KoKo is also afraid of her power--the ability to become a dragon. Abellera's high-pitched portrayal captures her youth and uncertainty. Contrast comes in Abellera's voicings of the villains. Coldness characterizes greedy Prince Roku, who ensnares the unwitting Jiho to help him as he seeks to exploit and destroy the magical forest. Sorceress Luzee is portrayed with such fury that it's clear why Jiho and KoKo finally act upon their true strengths. S.W. © AudioFile 2020, Portland, Maine [Published: MARCH 2020]