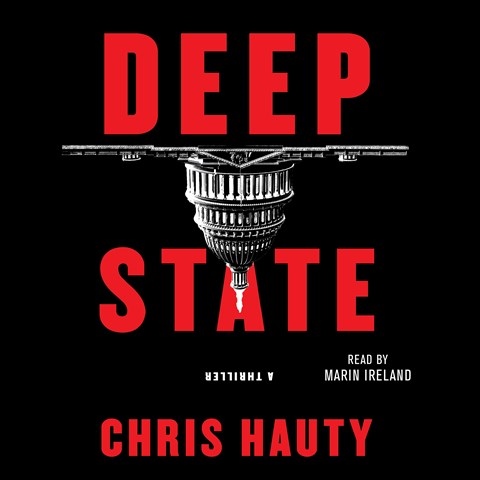 Narrator Marin Ireland inhabits Haley Chill as the tenacious former military boxer takes on the role of a White House intern who must deal with the attempted coup of a recently elected president. Dark forces threaten the pillars of democracy and the rule of law when Haley finds her boss, the chief of staff, murdered. Ireland's delivery matches the quickening pace and ramped-up tension as the conspiracy unfolds. Hauty uses his screenwriting skills to deliver technicolor scenes of the conspirators and the unlikely heroine. This deep state is real, and people are dying to keep it from being revealed. Moreover, there's a twist that elevates this thriller, so don't be surprised if you find your jaw on the floor as the last few minutes unspool. R.O. © AudioFile 2020, Portland, Maine [Published: FEBRUARY 2020]