Home»Reviews»THE BOOK OF SCIENCE AND ANTIQUITIES 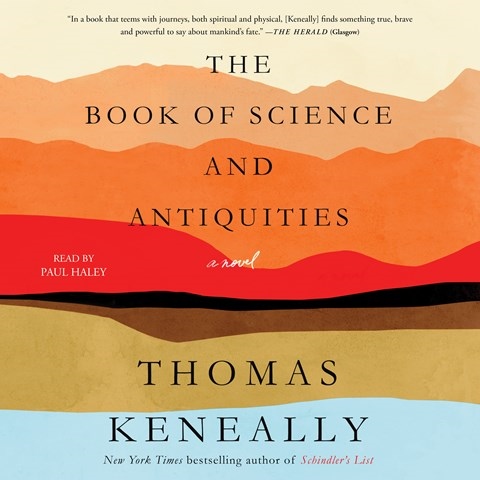 THE BOOK OF SCIENCE AND ANTIQUITIES

When you contemplate the remains of ancient humans, don't you wish they could somehow talk to you? In this deeply satisfying audiobook, it happens. Australian filmmaker Shelby Apple is obsessed with a 46,000-year-old skeleton called Learned Man. Apple's story alternates with Learned Man's, as he tells us who he was, what he did, and what his death at Lake Learned meant. In Paul Haley's fine performance the two are voiced identically, presumably to emphasize the uncanny resonances between the men's challenges and intentions, in spite of the vast differences in their circumstances. Both stories are richly dramatic and moving. The production is marred by scores of rough edits resulting in shifts in tone and level, but one overlooks the distraction, grateful for marvelous storytelling. B.G. © AudioFile 2020, Portland, Maine [Published: JANUARY 2020]