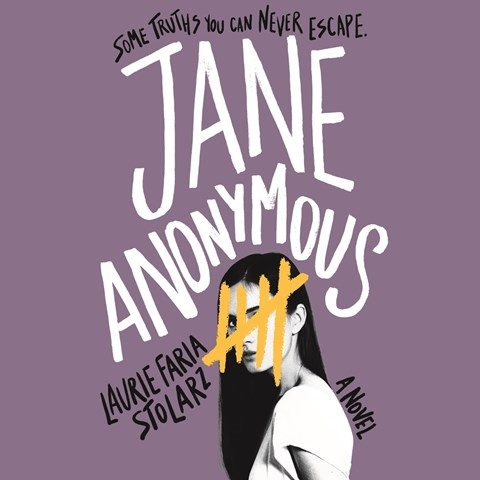 Nothing is more chilling than our worst fears becoming a reality, but surviving the aftermath is the other half of an often untold battle. Emily Bauer's narration transports listeners inside the mind of a teenage girl who is going by the alias "Jane" as she recounts how she was kidnapped by a stranger at work and how she survived her capture, which lasted several months. After her rescue, Jane writes about her experience as a form of therapy as she begins to withdraw from past relationships with friends and family. Bauer skillfully establishes an emotional connection between Jane and listeners as she describes her trials of mental endurance, but the real gem of this performance is Jane's struggle as she tries to re-enter society. G.M. © AudioFile 2020, Portland, Maine [Published: JANUARY 2020]