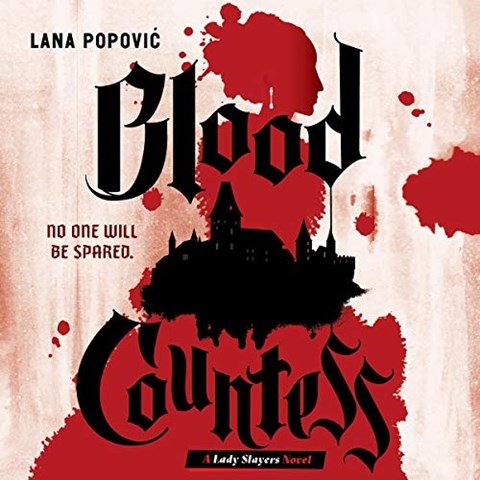 Narrator Jenny Mudge outshines her material in this work of YA fiction based loosely on the legend of Countess Dracula. While the story meanders and loses its thread at times, Mudge keeps listeners going by baring the soul of the main character, a poor, young girl called Anna who finds herself caught up in the drama of the castle, first as a worker and later an unwilling participant in a toxic romance. As Anna's fortunes and emotions swing wildly, Mudge captures each indignity and heartbreak. While Anna tells the story, the villainous Countess has plenty to say to her, and it is here, when the Countess is being manipulative or cruel, that Mudge really goes for it, terrifying listeners. A.R.F. © AudioFile 2020, Portland, Maine [Published: APRIL 2020]