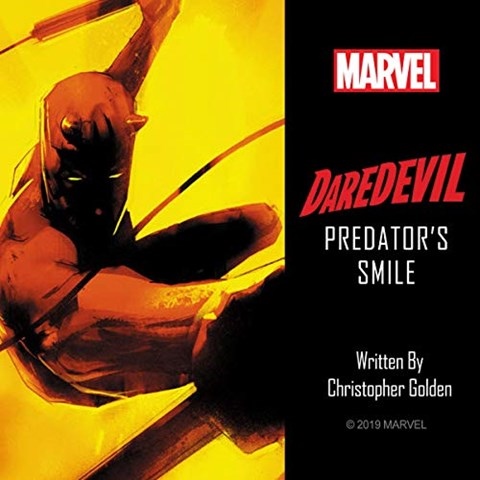 Daredevil is not a Marvel Comics superhero heavy hitter like Thor or Iron Man, and he doesn't want to be. As narrator Dion Graham makes clear, Daredevil is content with keeping his New York neighborhood of Hell's Kitchen as safe as he can. Graham conjures up the gritty New York scenes in this audiobook without the need for distracting sound effects. He uses just his powerful voice to bring Christopher Golden's script to life. Daredevil tries to stop a turf war between The Kingpin and a challenger who is using the villainous Bullseye, an assassin even other villains fear, as his muscle. A victim of the war, Melvin Potter is a reformed criminal whose wife has been kidnapped. This audiobook is impossible to turn off. M.S. © AudioFile 2020, Portland, Maine [Published: NOVEMBER 2020]