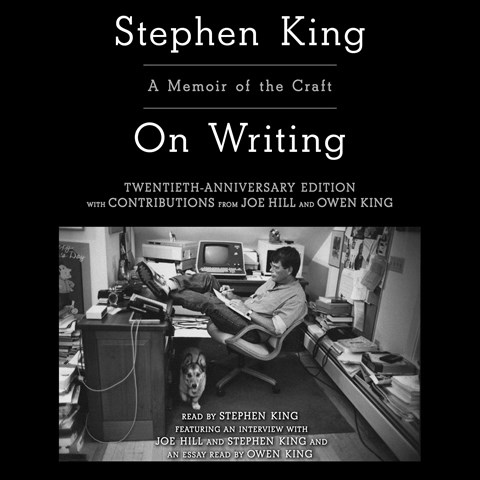 ON WRITING A Memoir of the Craft (Twentieth Anniversary Edition)

Twenty years after this audiobook came out, it remains as fresh as it was in 2000--a combination of memoir, observations on literature and authorship, craft tips for writers, and an emotional concluding segment on the 1999 near-fatal accident that put King's career on hold. King presents his work in a conversational storytelling voice with excellent timing. This new edition sports two bonuses, both of interest to audiobook listeners. There's a NEW YORKER essay written and read by Stephen's son Owen, explaining how his father paid him to record books on cassette tapes back when most audiobooks were abridged. Also included is an hour-long conversation on writing between Stephen King and his son Joe Hill, which features father and son reading from each other's works. R.W.S. © AudioFile 2020, Portland, Maine [Published: OCTOBER 2020]