Home»Reviews»A PALE LIGHT IN THE BLACK 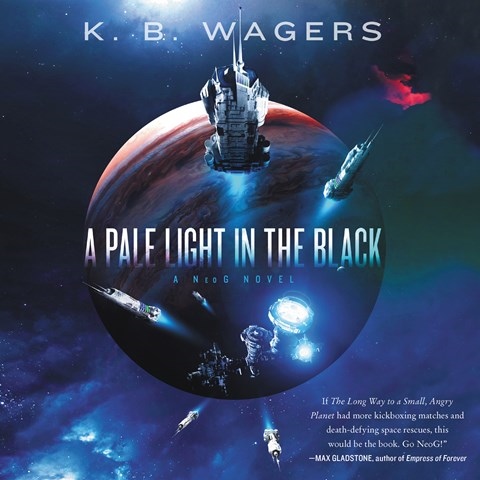 A PALE LIGHT IN THE BLACK NeoG, Book 1

This space-opera audiobook kicks off a new series set in the 25th century. It features a highly diverse group of characters, many of whom are in the Near-Earth Orbital Guard (NeoG), the equivalent of the Coast Guard for the solar system. Narrator Marisha Tapera builds the relationships that form the foundation of the story. She creates a persona for Max that integrates the competence and nervousness of the new lieutenant, the fast bond that forms between her and her shipmates, and the more troubled and complex history between her and her powerful parents and her brother. In contrast to Max's seriousness, Tapera portrays Jenks as the fun-loving and impulsive sidekick. She infuses a spirit of comradery among the NeoG shipmates that would be the envy of any crew. J.E.M. © AudioFile 2020, Portland, Maine [Published: APRIL 2020]