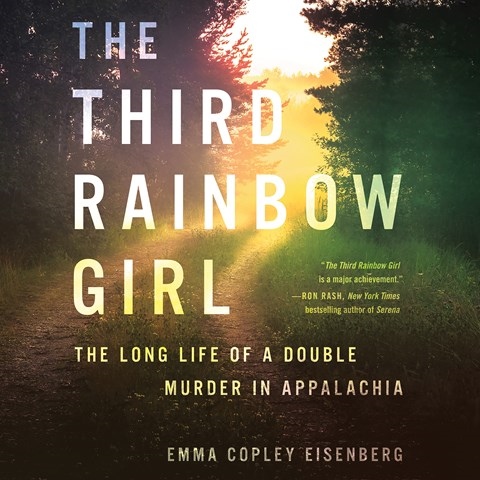 Emma Copley Eisenberg narrates her debut work, which blurs the lines between true crime and memoir. Her straightforward tone lends order to the convoluted mystery surrounding two women who were murdered on their way to a 1980 Rainbow Gathering in Pocahontas County, West Virginia. The official investigation has gone hot and cold through the years, turning up a disconcerting number of witnesses and perpetrators with varying degrees of credibility. When Eisenberg turns to her experiences living in Pocahontas and the friendships she forged with the men there, the fondness in her voice is tempered by darker tones in a way that another narrator mostly likely wouldn't effect. Hearing her perspective firsthand is vital as she weaves the parts into a commentary on a violent collision of gender and class. S.T.C. © AudioFile 2020, Portland, Maine [Published: FEBRUARY 2020]