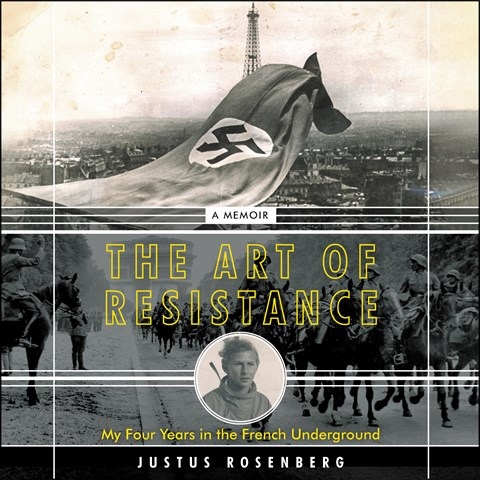 THE ART OF RESISTANCE My Four Years in the French Underground

Narrator Rob Shapiro's calm manner is an effective complement to the harrowing world Justus Rosenberg describes in this compelling audiobook. Rosenberg, who waited until he was nearly 100 to write this memoir, escaped the Holocaust and then spent four years in the French Underground. During that time, his worldview was shaped by his encounters with Nazis as well as artists and intellectuals who were also trying to survive the war. At its core, the audiobook is a story of courage that benefits from Shapiro's ability to convey Rosenberg's words in a tone that mixes reality with optimism. No matter what event Rosenberg discusses, including some horrific moments, the listener benefits from Shapiro's delivery. D.J.S. © AudioFile 2020, Portland, Maine [Published: APRIL 2020]