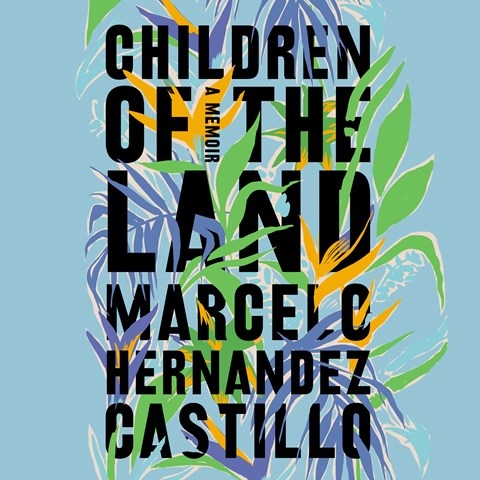 CHILDREN OF THE LAND

Narrator Tim Andrés Pabon shares memoirist Castillo's emotionally rich observations about his own and his family's undocumented lives in the U.S. Pabon's low-key approach to this personal story sometimes verges on the sonorous, even as Castillo describes his father's physical brutality and his own feelings of guilt at how he has been able to feel at home in California while his parents and their peers considered the state to be a temporary setting for the purpose of earning money to send home to Mexico. Pabon uses distinctly Spanish pronunciations for American place names—Yakima, Modesto—and allows an appropriate chuckle to creep into his voice occasionally. Altogether, this performance resonates as storytelling by a family member who was usually the quiet older brother. F.M.R.G. © AudioFile 2020, Portland, Maine [Published: MARCH 2020]