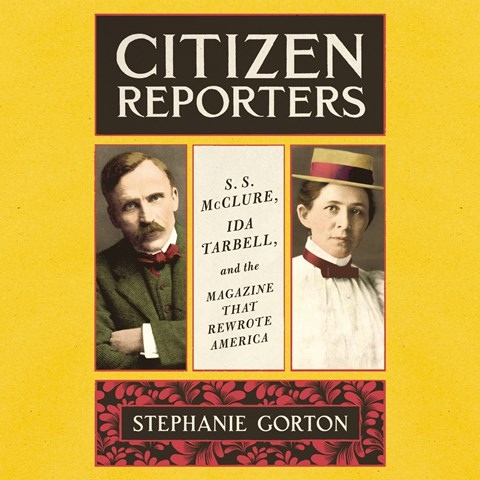 Maggi-Meg Reed's appealing narration brings listeners into late-nineteenth-century to early-twentieth-century American society, when magazines were an important source of information. One of the most influential magazines was MCCLURE'S, founded by S.S. McClure, whose accomplished staff included journalists Ida Tarbell, Ray Stannard Baker, and Lincoln Steffens. In a steady and engaged tone, Reed delivers the personal and professional chronicles of these noteworthy individuals, as well as a history of the magazine itself. Particular emphasis is placed upon the accomplishments of Tarbell, who was a woman well ahead of her time. Reed ably delivers intriguing anecdotes about S.S. McClure's relationships with literary figures such as Robert Louis Stevenson and Rudyard Kipling. An informative and enjoyable listening experience. M.J. © AudioFile 2020, Portland, Maine [Published: MARCH 2020]