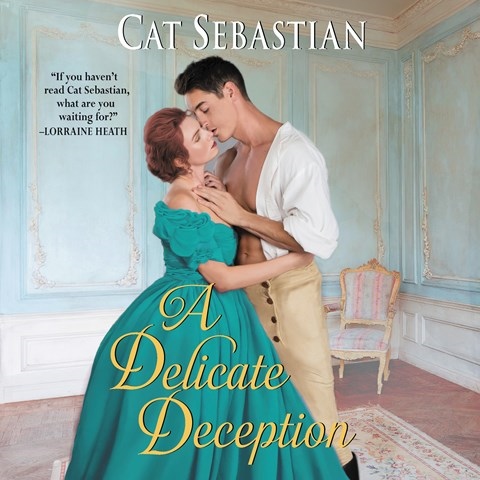 The third installment of the Regency Imposters series, narrated by Joel Leslie, follows the budding romance between Amelia, a writer and the illegitimate daughter of a duke, and Sydney, a Quaker railroad builder and the son of an outspoken social activist. Leslie's portrayal of the protagonists is heightened by his use of various accents. Amelia's upper-class staccato is juxtaposed with Sydney's middle-class Northern accent. Other characters' voices are unique and equally skillful. Leslie's ability to believably depict female characters is rare and to be commended. Listeners will enjoy hearing Leslie's interpretation of this fun romp through the English countryside. A.L.S.M. © AudioFile 2020, Portland, Maine [Published: FEBRUARY 2020]