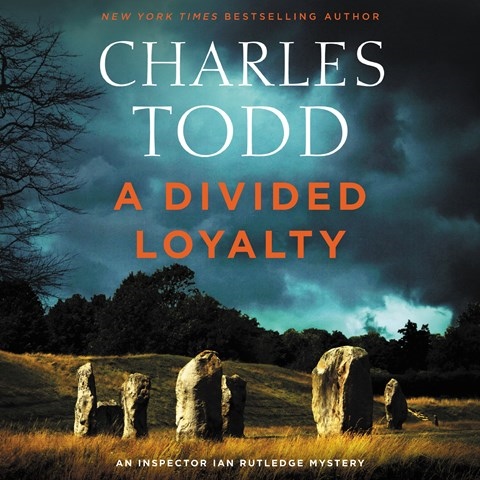 In post-WWI England, Scotland Yard's Detective Ian Rutledge is called to take a look at a case previously investigated by a colleague. Simon Prebble narrates with confidence and ease, helping to create an almost palpable atmosphere that runs through the story. The atmosphere emanates both from the mysterious setting of Avebury and the time period, with characters seeking to move on from the war despite their wounds, both physical and psychological. Prebble is the perfect voice for this story, capturing the doggedness of Rutledge and bringing to life the other key characters. In particular, his portrayal of Hamish, a voice in Rutledge's mind, is strong and authentic. While this is the 22nd title in the series, it should still be an enjoyable listen even for those new to this series. K.J.P. © AudioFile 2020, Portland, Maine [Published: MARCH 2020]