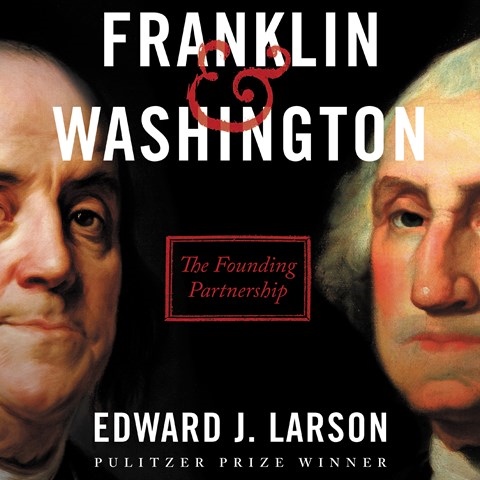 The working relationship and friendship between George Washington and Benjamin Franklin are given an excellent narration in this audiobook. Andrew Tell's deep, versatile voice splendidly relates this partnership to the listener. Throughout the relationship, which began during the French and Indian War and ended with Franklin's passing, not long after the Constitutional Convention, the two individually had notable achievements and were also great and positive influences on each other. Tell narrates the entire work at a pace that is quite easy to follow. His expressive inflection is spot-on with both narrative and quotes. Quotes are given a slightly different tone from the narrative and are done to near perfection. M.T.F. © AudioFile 2020, Portland, Maine [Published: MARCH 2020]