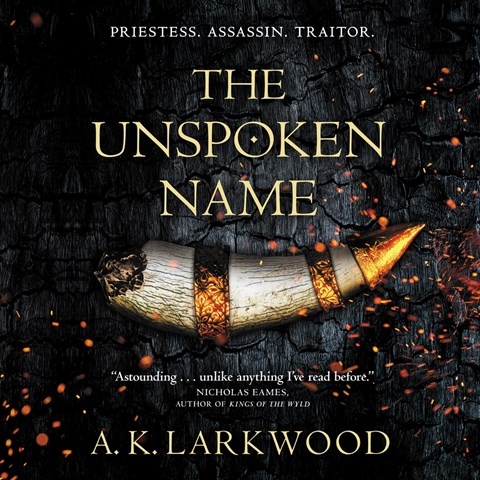 Narrator Avita Jay manages a large cast of characters in this fantasy, which begins The Serpent Gates series. She employs a handful of accents to help the listener. Csorwe is an Orc priestess who has been raised to be sacrificed on her fourteenth birthday to an old and ruthless god known as the Unspoken One. After being convinced to run away by a wizard, she becomes his assistant and begins a quest that has the potential to make her a woman of great power. Jay captures the growing affection and trust between Csorwe and those she enlists to help her. Most importantly, Jay's narration captures Csorwe's manner and personality as she transforms from a meek priestess to a formidable character. J.E.M. © AudioFile 2020, Portland, Maine [Published: APRIL 2020]