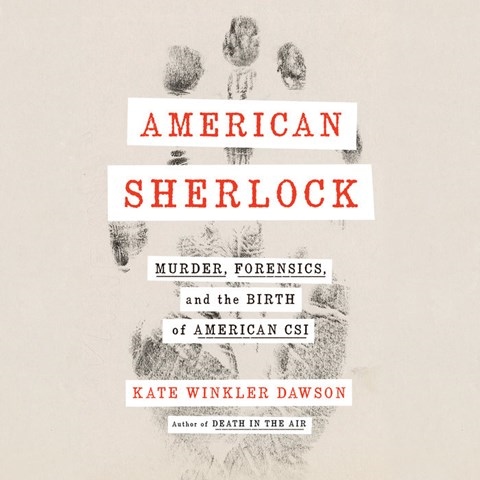 AMERICAN SHERLOCK Murder, Forensics, and the Birth of American CSI

In this true-crime audiobook, author and narrator Kate Winkler Dawson expertly combines historical fact with compelling storytelling. It's no wonder Edward Oscar Heinrich became known as the "American Sherlock." He was a self-made chemist who became a forensic sleuth and tackled the most baffling crimes in early-twentieth-century America--from mysterious murders to a Hollywood scandal and a train robbery. Heinrich even had his own Watson, a reference librarian named John Boynton Kaiser. However, as Dawson reveals throughout her story, there was much more to Heinrich than his similarities to literature's most famous detective. For her narration, Dawson's pleasant voice falls somewhere between conversational and professorial. The result is an informative, entertaining, and well-rounded portrayal of a man who helped pioneer criminal forensic investigation. A.T.N. © AudioFile 2020, Portland, Maine [Published: MARCH 2020]