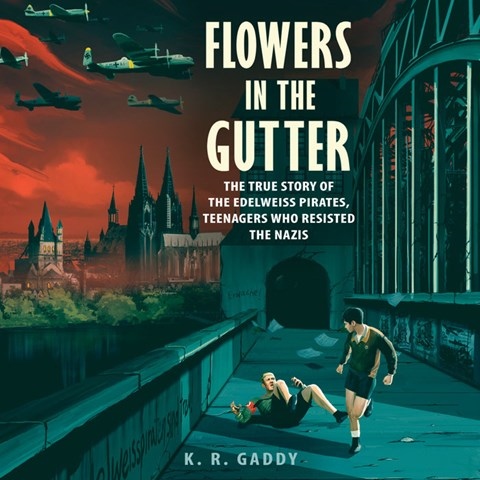 FLOWERS IN THE GUTTER The True Story of the Edelweiss Pirates, Teenagers Who Resisted the Nazis

Narrator Natasha Soudek tells the true story of the Edelweiss Pirates, a group formed by teenagers to resist the Nazis and Hitler Youth before and during WWII. Numerous members with a whole host of experiences are chronicled throughout the audiobook, including those who were captured and tortured by the Gestapo for information leading to other members. Soudek excels at adding an authentic-sounding accent to German words throughout the text. Listeners will be curious to learn more about the important and dangerous work taken up by these young heroes who, despite not being considered an official resistance group until recently, took a stand against the powerful and ruthless Nazi regime. M.D. © AudioFile 2020, Portland, Maine [Published: FEBRUARY 2020]