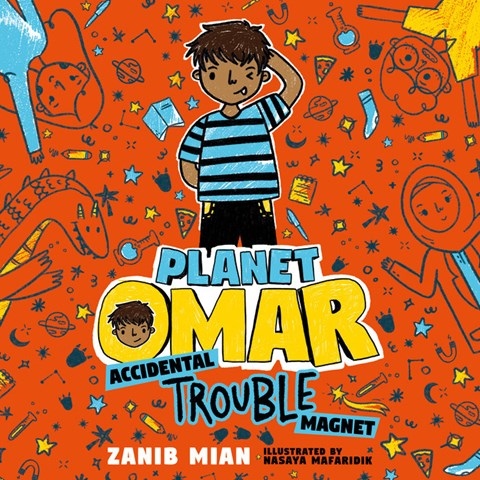 In this first in a series for early chapter readers, narrator Waleed Akhtar embraces the worldview of Omar, the middle child in a British Muslim family. Akhtar presents an imaginative boy who has enthusiasm and an inquiring mind. Nervous about his first day at a new school, he conjures up a steam-breathing dragon, and Akhtar registers his boosted confidence in his lilting reading. Akhtar's tones aid in making Omar relatable. There's annoyance at his spying older sister, amusement that people think his mother never removes her head scarf, and fear when a bully tells him his family might be kicked out of the country. Akhtar's verve complements a story in which racism, the Muslim faith and culture, and humor are perfectly balanced. S.W. © AudioFile 2020, Portland, Maine [Published: MARCH 2020]