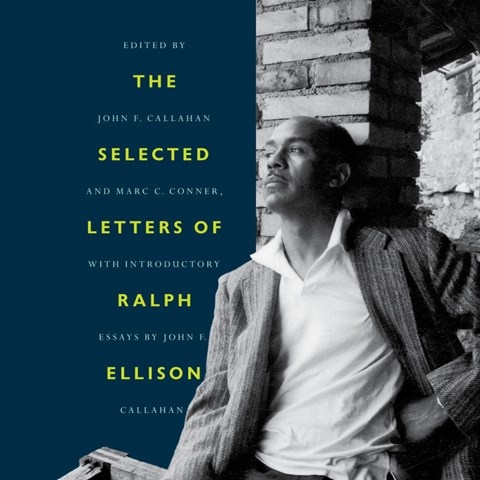 THE SELECTED LETTERS OF RALPH ELLISON

Dominic Hoffman gives these revealing missives an outstanding narration. Whether the author is expansive, petulant, pedestrian, or eloquent, Hoffman's narration captures the language, cadence, and spirit of one of the twentieth century's most important writers and African-American public figures. The letters provide a window onto his thinking on race; his reaction to his 1953 National Book Award; and his friendships with Saul Bellow, Richard Wright, James Allen McPherson, and others. A prolific essayist, reviewer, critic, and opinion writer, Ellison received numerous honorary doctorates and spent two years at the American Academy in Rome but maddeningly left his second novel unfinished. The listener is treated to six decades of his preoccupations and thoughts. John Callahan reads the introduction to each decade's letters and the chronology. One quibble: The informative chronology should be at the beginning, not the end. A.D.M. © AudioFile 2020, Portland, Maine [Published: FEBRUARY 2020]