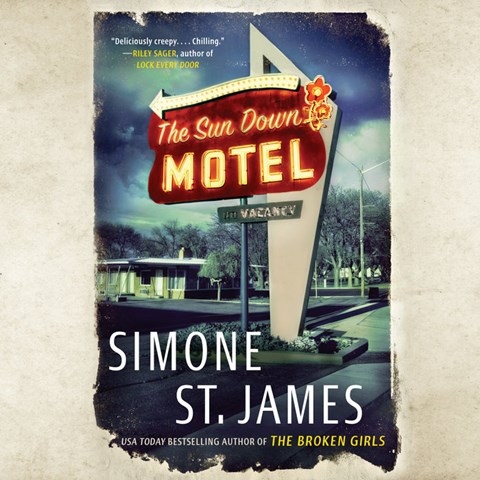 THE SUN DOWN MOTEL

Two narrators draw the listener into the creepy world of the Sun Down Motel. Kirsten Potter portrays Viv, who runs away from home and ends up as the night clerk at the motel in upstate New York. In November 1982, Viv mysteriously disappears from the motel's front office. Thirty-five years later, her niece, Carly, voiced by Brittany Pressley, is intent on solving Viv's disappearance and becomes a night clerk at the same motel. The two distinct voices differentiate the stories, which shift back and forth between Viv in 1982 and Carly in 2017. This will be an engaging listen for those who enjoy mysteries layered with the paranormal, as the most credible characters are the ghosts that haunt the motel. E.Q. © AudioFile 2020, Portland, Maine [Published: APRIL 2020]