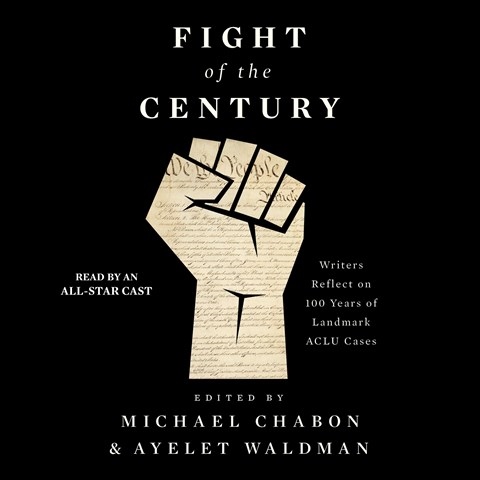 This collection of essays highlights major case law argued by the American Civil Liberties Union over the last century. Works by authors such as Viet Thanh Nguyen, Neil Gaiman, George Saunders, and more are narrated by performers such as Samuel L. Jackson, Patrick Stewart, and Lucy Liu. Beyond providing a fascinating exploration of the work accomplished by the ACLU, the audiobook also presents listeners with a rich history of case law that makes aspects of the past and present meaningful and personal. Issues such as the internment of Japanese-Americans during WWII gain new perspective in relation to ICE raids and child detention centers. On the whole, the narrators prove to be well suited to the essays and quite often have personal ties to their topics. L.E. © AudioFile 2020, Portland, Maine [Published: APRIL 2020]