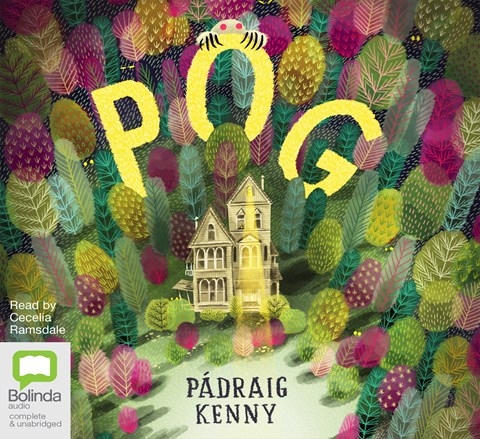 A chance encounter with a forbidding tree in the forest connects the destinies of Penny and David with those of Pog, a hairy, diminutive, magical woodland creature. Australian narrator Cecelia Ramsdale matches Pog's primitive, natural, and otherworldly essence with a voice that suggests gravel tumbling through running water. Penny speaks with an older sister's authority, trying to bind her family, who are still grieving over their mother's death. David is more volatile, and Ramsdale captures his youthful grief, intoning his occasional anger or petulance. The children secretly befriend the kindly Pog, but it is David who discovers the story's mysterious villain. Ramsdale imbues the villain's voice with a malevolent silkiness that is the perfect foil for Pog's rough-hewn benevolence. L.T. © AudioFile 2020, Portland, Maine [Published: APRIL 2020]