Home»Reviews»THE EYE YOU SEE WITH 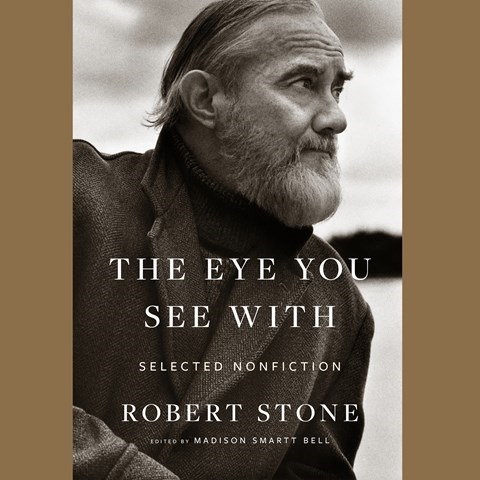 THE EYE YOU SEE WITH Selected Nonfiction

Robert Fass presents this far-ranging audiobook with a sureness of tone. His pace adjusts to the variety of pieces by the late author Robert Stone--personal essays, reports on conventions, sketches on locales from Vietnam to New Orleans, as well as introductions to books. The listener gets to know the gifted novelist and close observer of American life from the inside out. Fass's delivery feels like he has penetrated Stone's consciousness. The narration smoothly renders Stone's thoughts as the awarding-winning writer unspools his reflections on his Catholic boyhood, his time with Ken Kesey, his experience as a census taker, and, most fervently, his takes on Stephen Crane, Graham Greene, and George Orwell. Editor Madison Smartt Bell, Stone's biographer, adds explanations, explications, and an occasional correction to Stone's memories in this captivating audiobook. A.D.M. © AudioFile 2020, Portland, Maine [Published: MAY 2020]