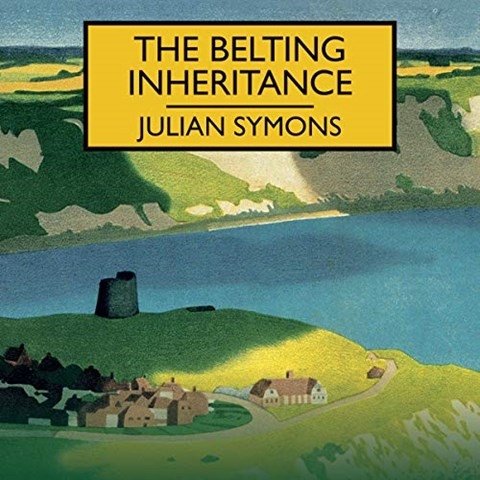 Narrator David Thorpe flawlessly presents this novel from the British Library Crime Classics series. The wealthy Wainwright family lost two sons to WWII, leaving Miles, Stephen, and Christopher (who was adopted) to await their inheritances. Then one of the presumably deceased sons, David, suddenly reappears. Only Lady Wainwright believes it's David, and the brothers send Christopher to investigate the man's background. Thorpe excels at rendering the open-minded and guileless Christopher as he finds people to observe David and decide if he is a Wainwright. Thorpe's unforgettable, earthy Betty Urquart, an ex-wife, gleefully shares her opinion. Adding a dash of romance is a reporter named Elaine, who accompanies Christopher to Paris, where he often forgets he's not a tourist. Thorpe's skilled delivery updates the story for contemporary listeners. S.G.B. © AudioFile 2020, Portland, Maine [Published: MAY 2020]