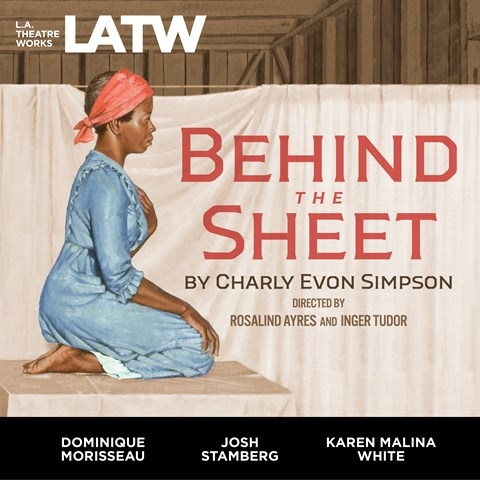 This production by LA Theatre Works is excellent. Shocking and disturbing, it is beyond mere entertainment. The play is based on the real-life doctor who created the vaginal speculum and a way to repair post-childbirth fistulas. The doctor--given the fictional name George Barry here--worked in 1840s Alabama, where he refined his techniques by operating on enslaved women who were denied anesthesia. This play is told from the women's points of view. They are matter of fact about their situation; after all, slavery is all they've known. The understated performances somehow make the characters' situations even more obscenely unjust. While Karen Malina White and Josh Stamberg stand out as Barry and his victim/slave, Philomena, the entire supporting cast is strong. G.S. © AudioFile 2020, Portland, Maine [Published: APRIL 2020]