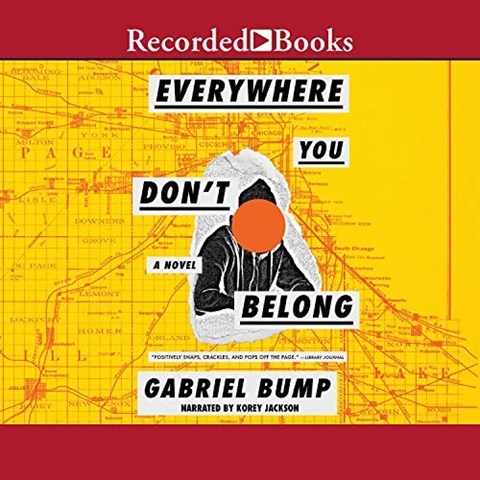 There are all sorts of characters in this audiobook: Claude McKay Love, an African-American youth from Chicago who is finding his way to manhood; his fiery grandmother and her hapless, hilarious boyfriend; Claude's parents, who desert him; and his "sister" and life love, Janice. Narrator Korey Jackson's default voice is pretty deep, but he is equally adept at men and women. He varies both pitch and other qualities, including intensity and degrees of accent, to differentiate characters. This audiobook is not a smooth narrative. Claude's coming-of-age story is told in vignettes, and without the visual cues that print can give, they may seem a bit uneven. However, the characters are worth following, and Jackson's performance makes them more so. G.S. © AudioFile 2020, Portland, Maine [Published: APRIL 2020]