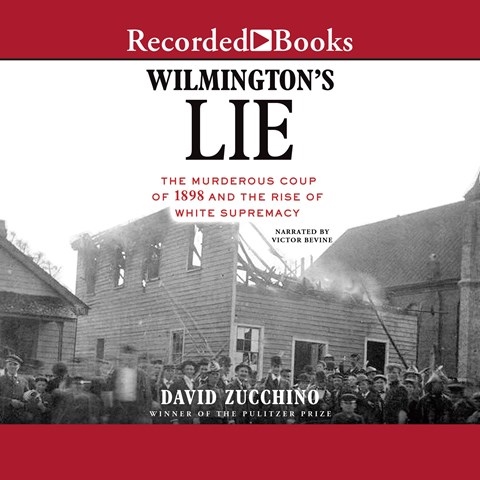 Narrator Victor Bevine confidently guides listeners through a little-known period of American history with obvious parallels to current concerns about racism and white supremacy. In November 1898, the relatively integrated port city of Wilmington, North Carolina, was set ablaze by white supremacists seeking to terrorize Black citizens and overthrow the elected government. Bevine's assured and unfussy narrative style makes sense of the complex web of interactions leading up to the deadly coup, which history would falsely call a "race riot." His accents are perfectly pitched and accurate to the location without slipping into a parody of a Southern drawl. His representations of noted figures of the time, such as defiant newspaperman Alexander Manly and violent segregationist Alfred Waddell, are exceptional. N.M. © AudioFile 2020, Portland, Maine [Published: JUNE 2020]