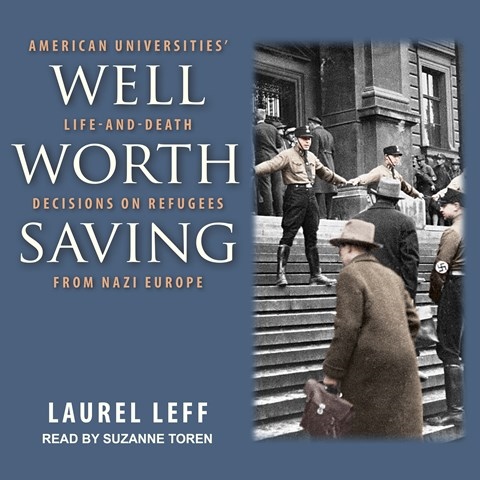 Listeners will find this audiobook to be a comprehensive but sobering listen. It is an exhaustively researched survey of decisions by American universities in the 1930s-40s to offer or, in most cases, decline to offer academic positions to European Jewish scholars who were in peril under Nazi rule. In a steady and engaged tone, narrator Suzanne Toren conveys these often grievous accounts and the considerations of professional stature, age, gender, religious affiliation, personal connections, and organizational advocacy involved. Because of the restrictive immigration quotas in place at the time, the "non-quota" visa granted for academic appointments was frequently these scholars' only hope. Toren employs a subtle emphasis to effectively distinguish the occasional direct quote. Her even pacing is admirable, as is her ease with French and German words. M.J. © AudioFile 2020, Portland, Maine [Published: FEBRUARY 2020]