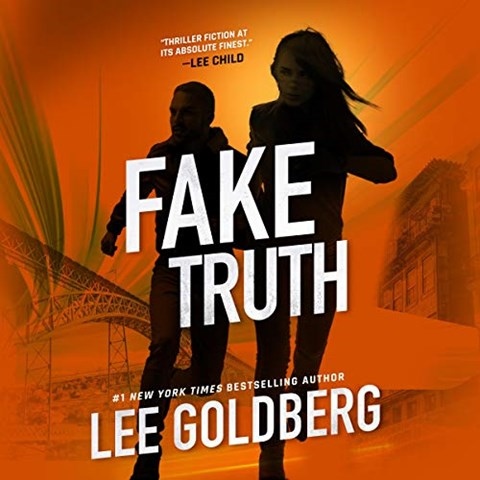 Goldberg's latest Ian Ludlow thriller is entertaining and relevant. Narrator Adam Verner expertly voices an assortment of colorful characters--Russian mobsters, Mexican drug lords, spies, a conservative talk show host, and more. Verner particularly shines as Ludlow. A full-time writer, part-time spy, Ludlow is funny, sarcastic, and determined. As he attempts to come up with a plot for his next novel, he and researcher-turned-spy Margo find themselves protecting high-profile actress Wang Mei after her defection from China. At the same time, they stumble on a plot to mislead the American public. From Fake News to Fake Truth, this audiobook has a plot straight from the news, involving Russian influence in elections, politicians directly influenced by conservative news media, and more. A fun listen. K.S.M. © AudioFile 2020, Portland, Maine [Published: JUNE 2020]