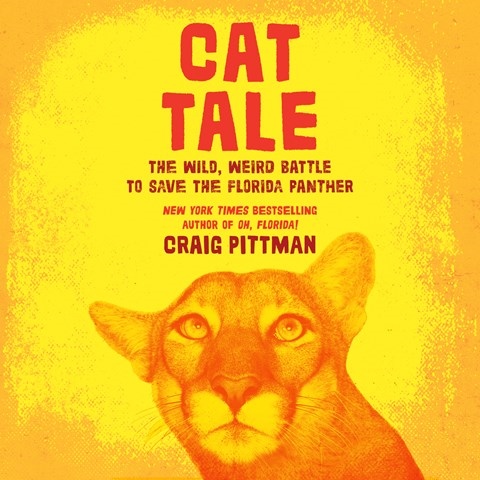 CAT TALE The Wild, Weird Battle to Save the Florida Panther

The author of this audiobook describes the near extinction of the Florida panther, a subspecies of the mountain cougar, caused by both individuals and groups who put the economic development of southern Florida before the well-being of Florida's state animal. Narrator Mike Chamberlain adds authenticity and focus to the story of this debacle with his excellent pacing and rhythm. He keeps listeners involved in an excruciating tug-of-war that dragged on for years as the panthers disappeared one by one. But the good scientists in this story wouldn't give up; they persisted and brought in young female mountain lions from Colorado in a last-ditch effort to save the species. Chamberlain's skilled performance is a testament to the Florida panthers' will to survive and resilience to adapt. E.E.S. Winner of AudioFile Earphones Award © AudioFile 2020, Portland, Maine [Published: MARCH 2020]