Home»Reviews»BILLY BUDD IN THE BREADBOX 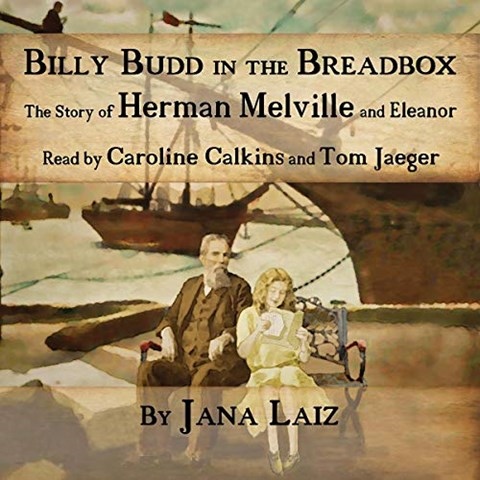 Caroline Calkins and Tom Jaeger exquisitely narrate this unique glimpse of Herman Melville in a story told through the eyes of his 9-year-old granddaughter, Eleanor. Because of their close relationship, Melville shares snippets about his life and thoughts, including the revelation that Mrs. Melville has "forbidden" him to write because of the harshness of the literary critics. Listeners will join Eleanor as she chats with her grandad and takes walks with him. Calkins captures the loving youngster, and Jaeger portrays the tired, melancholy Melville. Colorful descriptions transport listeners to their close-knit household. Most affecting is hearing that, after Melville's death, Eleanor finds a draft of BILLY BUDD hidden in a breadbox. The eventual publication, many years later, finally brought Melville the acclaim he sought. S.G.B. © AudioFile 2020, Portland, Maine [Published: MARCH 2020]