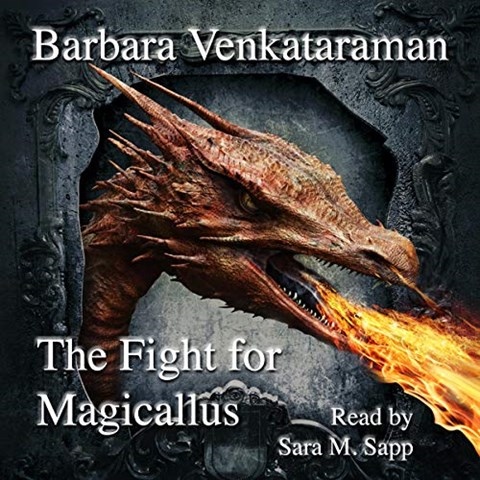 Narrator Sara Sapp skillfully introduces 10-year-old Scott and 8-year-old Josh, brothers who are transported into The Fight for Magicallis, a computer game. There the boys encounter a battle between goblins and knights, who are fighting because their leader has disappeared. Listeners will meet Sir Edward and Vex, who have tea before the jousting begins. Sapp cleverly renders old-fashioned and contemporary vocabulary in this story. Discovering "The Book of Lore" in the dragon's lair finds Sapp at her most thrilling. Particularly moving is Scott's and Josh's loyalty to those who helped them, along with their relationship with their mother. Young listeners will be entertained and satisfied with the realistic conclusion. S.G.B. © AudioFile 2020, Portland, Maine [Published: MARCH 2020]