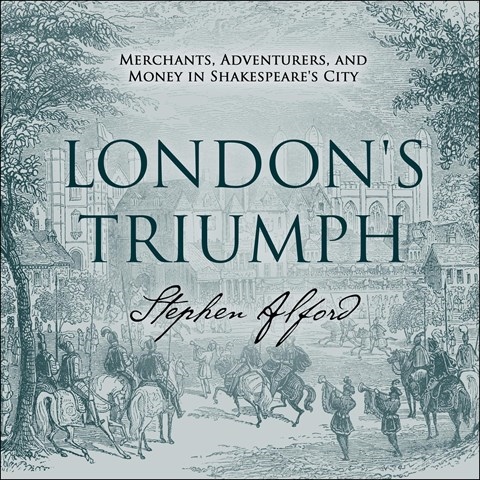 Narrator John Lee's strikingly deep voice, crisp accent, and powerful enunciation constitute an admirable and powerful tool, but one that here overpowers his material. The topic is grand--the story of London as the center of British trade and exploration that transformed England from a backwater to a budding empire over the course of the sixteenth century. But it's still nonfiction, not a tragic drama or an epic, and should be presented, not declaimed. Lee is too intelligent not to give the proper modulation and weight to the text, but too much emotion and too varied dynamics tend to distract from, if not obscure, the sense; the listener has to work too hard. Had Lee reined in the exuberance of his performance, he would have served the book better. W.M. © AudioFile 2020, Portland, Maine [Published: MAY 2020]